Strong fundamentals, such as low vacancies and strong yields, are keeping commercial property markets looking healthy in key urban areas of the country.

And in Northland, commercial investment properties with good tenants in Whangarei, Kerikeri and Waipapa are producing yields of 7%-9%.

NAI Harcourts Whangarei sales consultant Peter Peeters says both Marsden Point and Waipapa still have a strong supply of development land and have seen a substantial increase in interest since the election in October.

“The success of the Ruakaka area has never been in doubt as it has New Zealand’s only oil refinery along with a naturally deep harbour and a large, sheltered bay for ships waiting to enter port.

“How fast it develops will largely depend on government action around rail and roading infrastructure, and the ability of Northland MPs to promote the need for these critical works to be completed in a timely manner.”

In a column inside Key Assets, BNZ head of property finance Phil Bennet identifies earthquake strengthening requirements and interest rates as two “potential headwinds” for the commercial sector, though the overall outlook was optimistic.

“Neither of these two head wind scenarios are new to the market and many investors are already factoring some of this in.

Some of the properties listed in the latest Key Assets include: 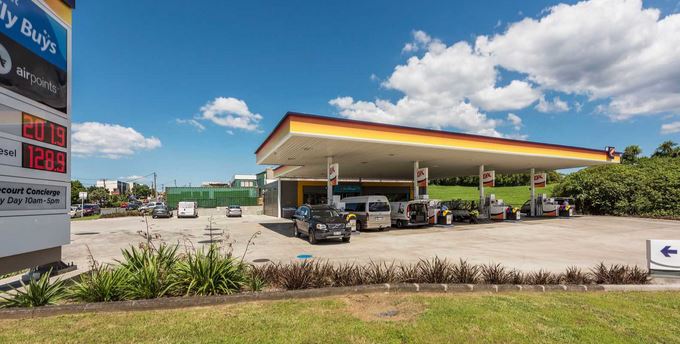 This one-year-old service station site in West Auckland, leased long-term to Z Energy, represents an excellent investment opportunity. Sitting on 22028sq m, with a purpose-built retail store of 228sq m, the high-profile corner site is managed by the tenant and earns a current income of $324,371 plus GST. Rental growth is built in with annual CPI reviews (the next is due in June) and 10-yearly market reviews. Z Energy is one year in to a 21-year tenancy. This represents a secure, hands-off investment. To be sold by tender, closing 4pm Thursday 22 March 2018. Marketed by Steve Granger at NAI Harcourts North Shore Commercial.

This is a rare, highly sought-after warehouse/office site in the heart of industrial Albany, available for lease. The 4,190sq m site offers full B-train drive around access, with three roller doors and six loading docks, as well as a large yard suitable for container drops. The site also includes a high-stud 1,546sq m warehouse and 95sq m of office space with 35 car parks. The site is also conveniently located near access to both SH1 and SH16. The site is suitable for a range of business options from logistics and distribution to light manufacturing or even a children’s activity centre. Expressions of interest to lease close 30 March 2018 unless leased prior. Marketed by Marty van Barneveld and Peta Laery, NAI Harcourts North Shore Commercial. 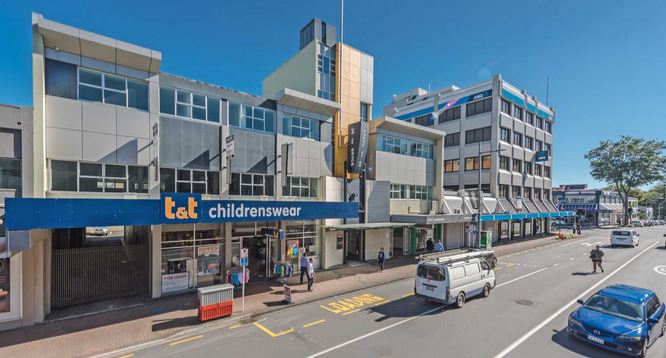 This fully-leased office/retail building is located in the heart of Hamilton CBD, currently returning $304,690pa plus GST and outgoings. Situated on the northern side of Bryce St between Barton and Victoria streets, the property sits directly opposite Centre Place Mall and Lido Cinema. The surrounding area is permanently occupied by retail and service businesses with near neighbours including ANZ, SBS and, in the near future, ASB. Bryce St dining lane is also located opposite. The building has 1.919sq m of lettable area on land size of 1,035sq m, with 13 car parks. It has an A Grade seismic rating, strengthened to 82% NBS and the building has been modernised and upgraded, including a new roof. National tenants include The Co-Operative Bank, Absolute IT, Astra Bridal and T&T Childrenswear. Available for sale by Deadline Private Treaty, closing 4pm 23 March 2018. Marketed by Mike Neale, Rebecca Bruce and Kara Gerrand, NAI Harcourts Hamilton Commercial. 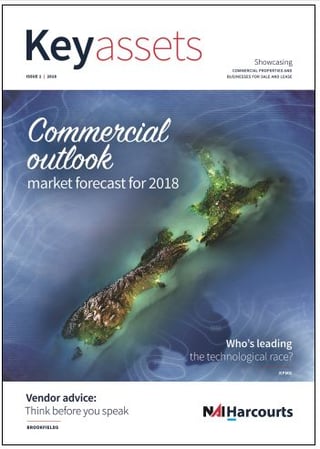