The battle between Steinlager 2 and Fisher & Paykel was one of the highlights of the 1989/90 Whitbread Race and a documentary of this epic contest will be screened at the Devonport Yacht Club as a fundraiser for the NZ Sailing Trust.

One Outstanding, by film maker Larry Keating, centres on Sir Peter Blake’s victory of the race after many attempts and the battle that emerged between the two ketches Steinlager 2 and Grant Dalton’s Fisher & Paykel.

One Outstanding will be screened at the Devonport Yacht Club on Thursday, August 13 (7pm for a 7.30pm start). Tickets are $15 per person with proceeds going to the New Zealand Sailing Trust youth programmes.

Contact Emma to reserve your ticket [email protected] or call 0211728454. Larry Keating will be present on the night. 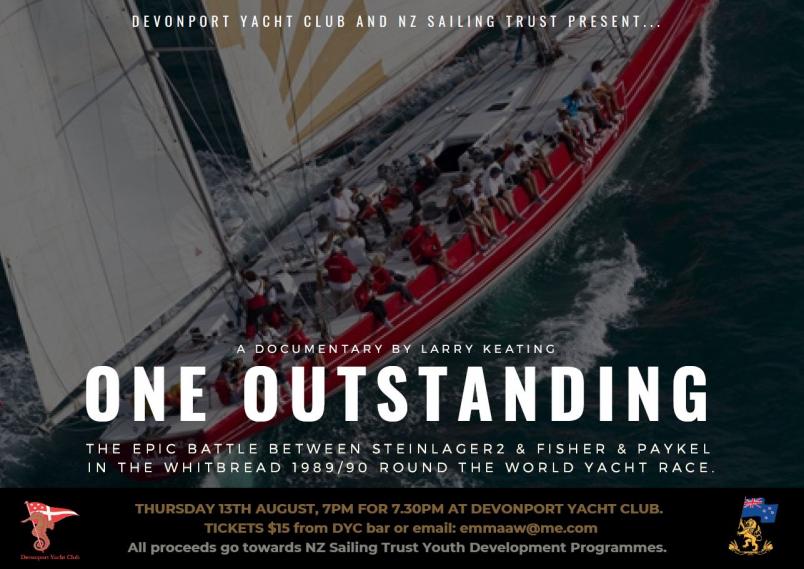