Earle Wells was known for having a “quaint” sense of humour, often lightening a potentially volatile situation, but he was driven to win and those two qualities were key factors in claiming gold with Helmer Pedersen at the 1964 Tokyo Olympics.

The pair teamed up to win the Flying Dutchman against a quality fleet in Tokyo, New Zealand’s second Olympic sailing gold in history following the success of Peter Mander and Jack Cropp in Melbourne in 1956, but the regatta was not without its challenges both on and off the water.

They retired from one race after hitting a mark, Pedersen threatened to quit and fly home after a bust-up with Wells and equipment failure was narrowly averted. Many of these stories have come to the fore again after Wells passed away suddenly last week, aged 87.

Wells is New Zealand OIympian No 205, but he very nearly earned selection four years earlier in rowing in the men’s coxed four. A move in 1961 back to Auckland from the Waikato, where he had been working in an open-cast coal mine, saw his boss Bill Stevenson encourage him to become a top sailor.

It was a sport Wells had grown up participating in and his father was a mercantile marine in World War I.

Wells and friend Peter Harding built a Flying Dutchman they called Pandora, but found they did not gel as a team, so in 1961 Wells invited Pedersen to sail with him. They were almost opposites as individuals – the Dane Pedersen was blunt and brusque and Wells more earnest and engaging – but they could make a boat go fast and narrowly won the New Zealand trials for the Tokyo Olympics. 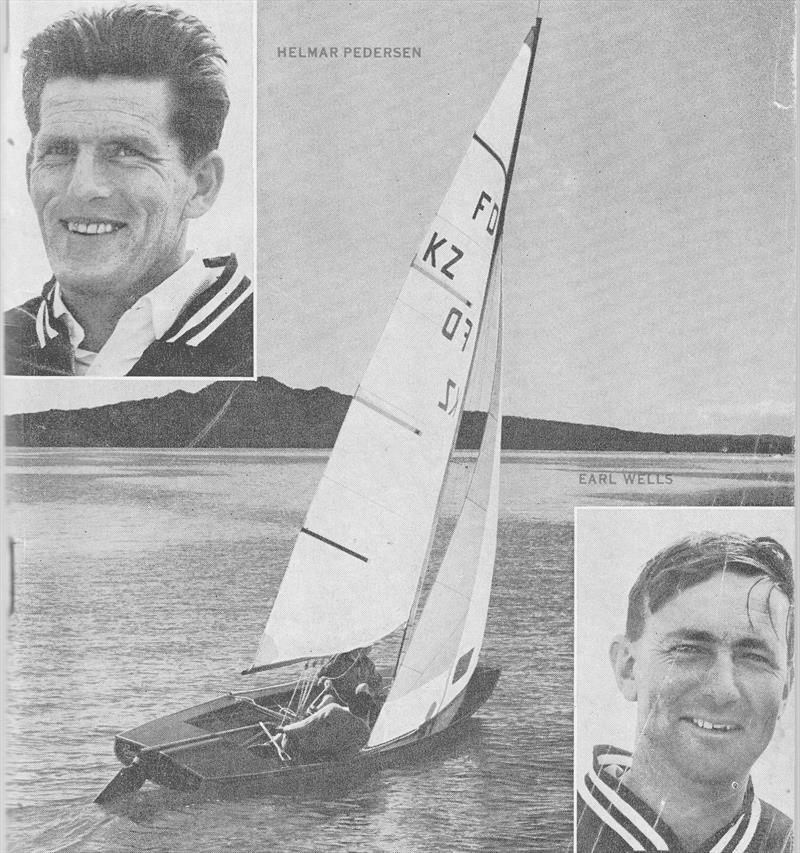 Their Olympic regatta didn’t start very well. They finished 16th in the 21-strong fleet in the opening race and then retired from the second after hitting a mark.

“We did the honorable thing and retired,” Wells told the New Zealand Herald earlier this year. “From there we had a heart-to-heart session with our manager [Don St Clair Brown]. He succeeded quite well in that, with us winning the next race quite easily.”

Wells and Pedersen were then third in the fourth race which, on paper looked like a decent result, but that didn’t tell the full story.

“They should have won that race,” said Ralph Roberts, who had competed in the Finn at the 1960 Olympics and who was in Japan in 1964 as a training partner with the New Zealand team. “When they came ashore, Earle was ropable.

“Helmer was a Dane and didn’t like beating the Danish team and basically waited for the Danish crew to finish before they finished after them. If there was one thing about Earle, he wanted to win.

“After that blowup, Helmer wanted to fly home. Earle was rightly annoyed but on the other side of it he knew that Helmer had the ability [to win] and that we just needed to straighten his head out. Earle led that and helped change Helmer from being a Dane into a Kiwi.”

Pedersen and Wells won the next two races sailed in strong winds to guarantee themselves at least bronze. Also in the mix for gold was Great Britain’s Keith Musto and Tony Morgan, the pre-regatta favourites and 1963 world champions, along with Buddy Melges and William Bentsen of the United States.

The final race could have been disastrous for the Kiwi crew, as Roberts explained.

“We had a lucky break,” he said. “We had a list of items to check before we went sailing. The thing that few know about Helmer was that he would smoke two packets of cigarettes before he went sailing and he didn’t do any work on the boat at all.

“He came rushing down on the final day saying they needed to go or they would be late but we still had two things to check. One was the adjustable forestay. He said, ‘no, that didn’t break yesterday, it will be OK’. But Earle went under the deck and let out a few words you don’t need to repeat. There were only two strands left of the seven strands.”

The final race was all about three boats but, curiously, the British and Americans shadowed each other allowing Wells and Pedersen to sail their own race to finish fourth and win the gold medal.

“It ended up quite a successful Olympics for us,” Wells surmised. 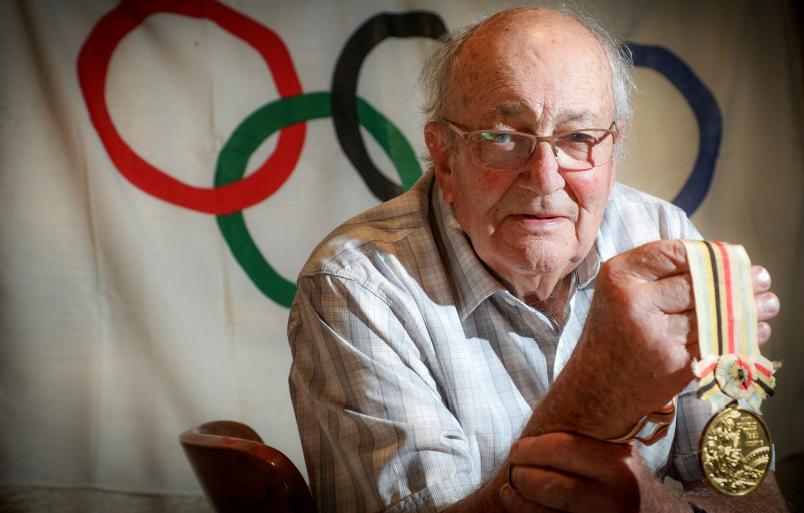 The pair sailed together for another year before moving on to other things. Pedersen, who passed away in 1987, turned to ocean racing while Wells got into racing Dragons, contesting the world championships at Toronto, Majorca and Tasmania.

In the late-1960s, Wells also focused on ocean racing, going on to sail in five Sydney to Hobart races, the Clipper Cup series off Honolulu and a catalogue of other events.

Wells remained active in the sport for many years, whether as an administrator with the Auckland Yachting Association (he was chairman for three years), coaching at the Panmure Lagoon Sailing Club or building Optimists for youngsters through the furniture factory he ran with his wife Jean until 1990.

Wells relocated to Whakatane in 1990, the same year he and Pedersen were inducted into the New Zealand Sports Hall of Fame, to run a deer farm.

“Earle was a very faithful person and a great family man,” Roberts said. “He had this quaint sense of humour but never gave in and would often laugh about it. He just wanted to win. He was quite a special guy.”

Wells and Jean were married for 55 years until her passing in 2019, and father to Leanne and John Howard. He had three grandchildren and one great grandchild.

“Life is not always plain sailing, life has been a series of tacks and running with the wind. But now he’s crossed the finish line for the final time, where Jean is waiting for him,” a family statement said.