Yachting New Zealand held a have-a-go day at Lake Pupuke on Sunday for female Starling sailors to try out the Laser Radial to help the young sailors look at their next pathway.

The session was organised by Yachting New Zealand women’s sailing manager Rosie Chapman and was in line with the organisation’s Women and Girls in Sailing strategy which was launched last year.

It was a chance for Chapman to connect with the young females and their parents and talk about the next steps in the pathway. They also received expert guidance from this country’s top three women’s Laser Radial sailors, Olivia Christie, Annabelle Rennie-Younger and Courtney Reynolds-Smith.

“It was a really worthwhile exercise,” Chapman said. “I was really impressed with the girls, who had a great attitude. We’ve also now identified a group of girls and we’re now look at how we can help them with their sailing in general.”

Chapman is due to attend next month’s NZIODA clinic, where she will deliver a pathways presentation, and is also due to attend the upcoming Starling (Nelson) and Optimist (Wellington) national championships. All of these are depended on what alert level Auckland and the rest of New Zealand is in at the time.

She also encouraged class associations to get in touch about help with similar sessions to the have a go day.

Chapman is overseeing the implementation of the Women and Girls in Sailing strategy and is encouraged by the number and level of sailors she’s come across.

“The young females who came to the have-a-go day had a really good skill-set,” she said. “Whatever they do next, they have a good base leaving the Starling class.

“Thanks to the Pupuke Boating Club, Laser class and those in the women’s Laser Radial squad for making it all happen.” 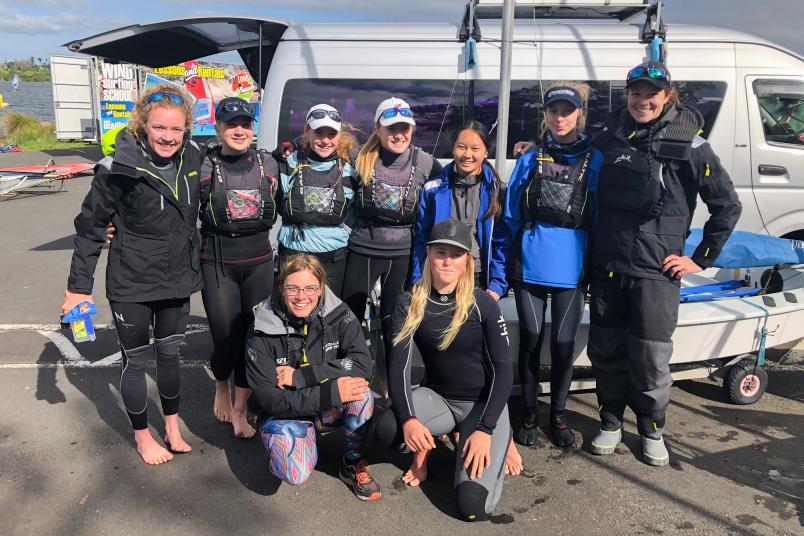